Posterior injury
Both sides of the posterior arch are involved. The posterior ring injury on each side involves either an:

Anterior injury
The typical anterior arch injury produced by these injuries is disruption of the pubic symphysis. Less frequently, fractures of the pubis or rami may occur. Anterior widening of the pelvis is evident as increased space between the two pubic bones, or fracture surfaces. Fractures are vertically oriented. 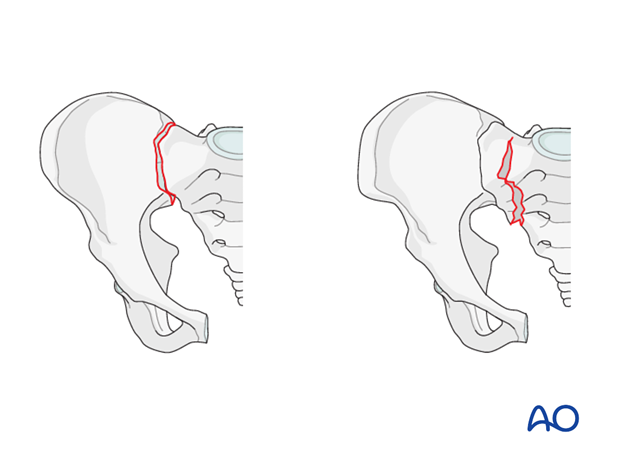 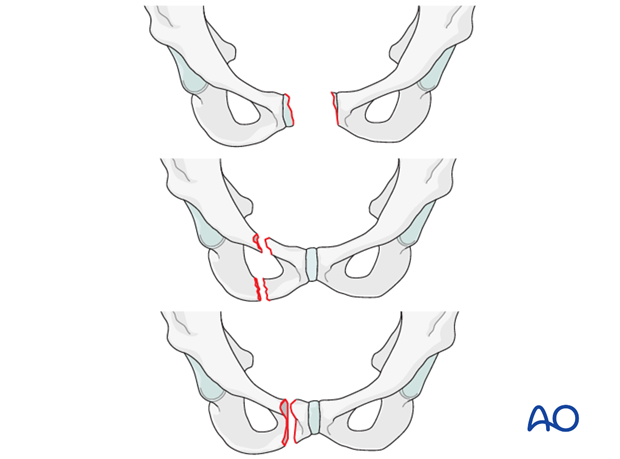 This is an LC3 injury, with significant, but partial, instability bilaterally. Deformity is only rotational. There is no proximal or posterior displacement at the posterior arch injuries.

The pattern reflects a high-energy mechanism. The identifying feature of the LC3 pelvic ring injury is the “wind-swept” deformity, with one hemipelvis rotated externally and the other internally.

The externally rotated (APC) side is often the site of significant pelvic venous disruption and hemorrhage. 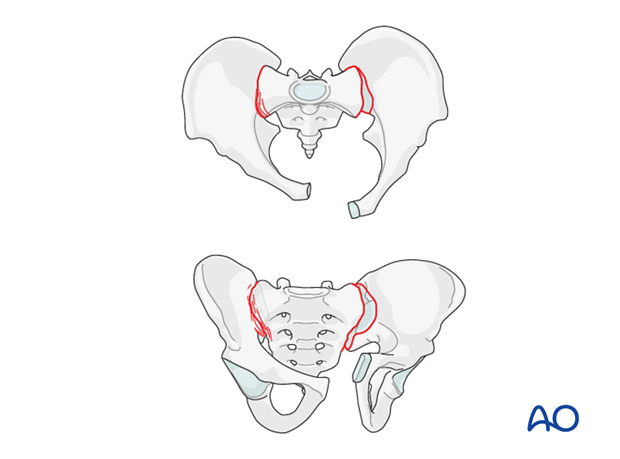 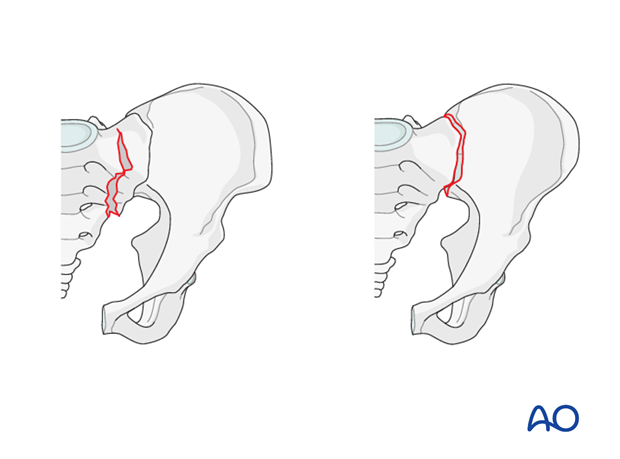 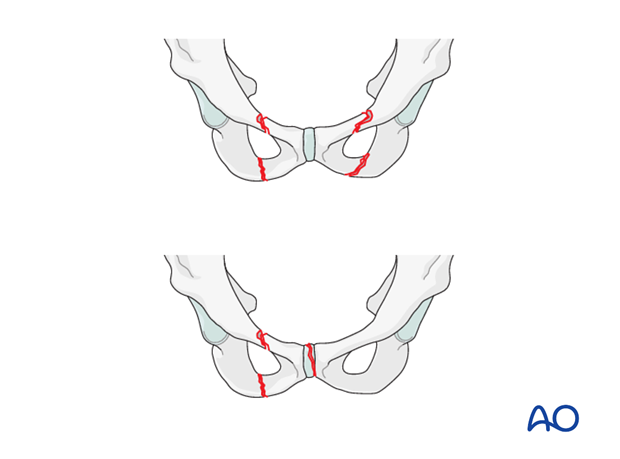 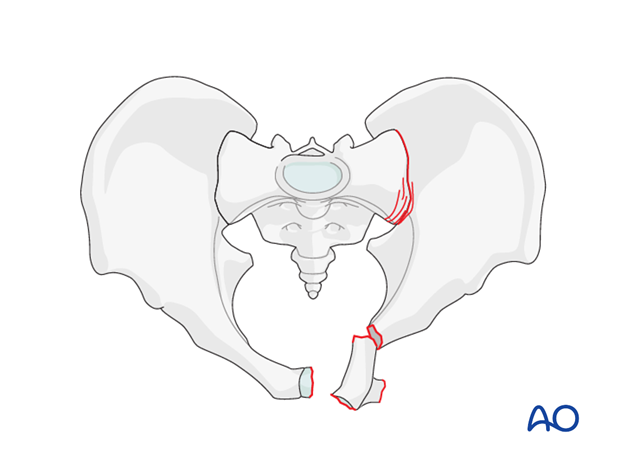 Both hemi-pelves are internally rotated, and the pelvic ring is narrowed anteriorly.

Posterior injury
Each posterior arch injury will be either:

Anterior injury
The pelvic ring is narrowed anteriorly. The anterior arch injury, which may be unilateral on either side, or bilateral, always includes a set of horizontally oriented fractures. Impaction or overlapping of the anterior injuries is evident, and variable in degree.

Infrequently, marked internal rotation displacement through the pubic symphysis can produce a locked symphysis, with gross narrowing of the pelvic ring. 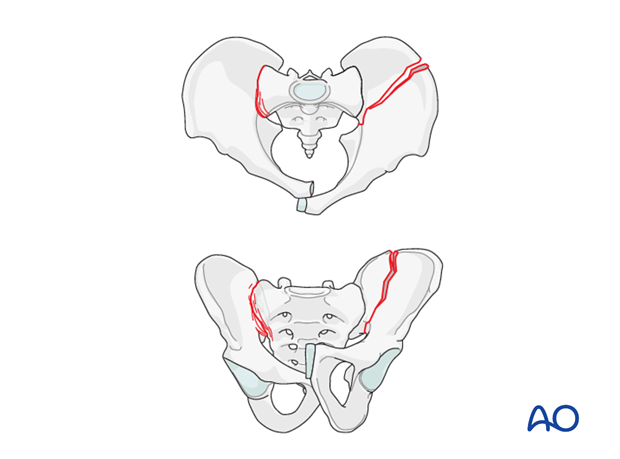 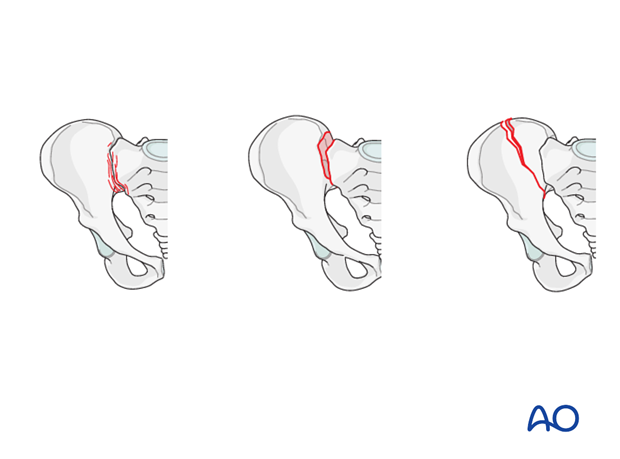 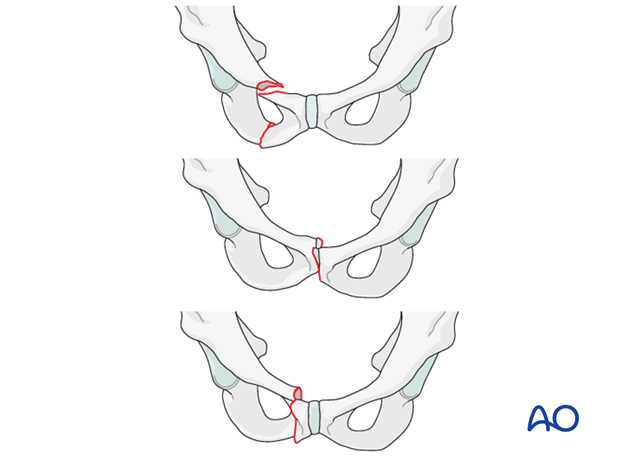 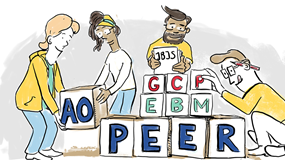 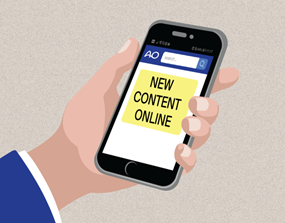